When your sex life becomes overwhelming, there is help 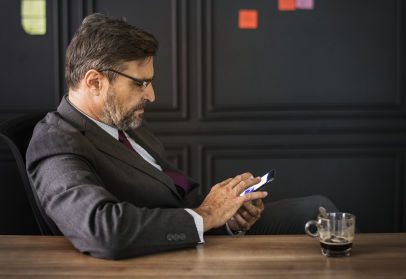 Some people find that their sexual behaviors may become problematic. In particular, some people find themselves stuck in transactional sexual encounters where they may enjoy sex but find little intimacy and may avoid or fear building a more intimate emotional relationship. Some people struggle with what is sometimes called “sexual addiction,” having difficulty managing their compulsive tendencies to engage in sexual activities that they feel they cannot fully control. Such out-of-control sexual behavior is often more of a symptom of an underlying problem rather than the primary issue that the person faces. Out-of-control sexual behavior can serve to help people who feel isolated feel more connected and people who feel physically unsure of themselves with a ritual that temporarily alleviates their feelings of insecurity in their physicality.

Sexuality is a complex topic.  Any sexual behavior may serve a multitude of potential possibilities in maintaining a person's mental equilibrium. This means that men with such sexual problems should seek the assistance of a competent therapist who understands sexuality well and is able to assist the patient in undergoing a process of self-discovery and disclosure.  The process can be incredibly transformative and can lead the individual to a life that is not only free of such out-of-control sexual behavior, but that also opens new ways of relating to others that are ultimately more fulfilling than were previously imaginable.

Email Today to Schedule an Appointment

About Me
Services
Get In Touch

Todd Anderson, PhD, LP maintains a private psychotherapy practice.  He provides individual and couples therapy to a diverse community including gay men, those struggling with sexual behaviors, BDSM/Kink practitioners, those with religious confusion or trauma, those coping with chronic physical illness, and those with previously unsuccessful or incomplete courses of psychotherapy.

Get practice updates and free resources.

Thanks for filling out the form!